HBO Max continues to build upon an already impressive library of TV series, Movies, and Documentaries through 2020 to rival other streaming giants . We have put together our Top 5 best HBO Max shows worthy of your time and are a must watch!

Based on Stephen King’s best-selling novel, The Outsider begins by following a seemingly straightforward investigation into the gruesome murder of a young boy. But when an insidious supernatural force edges its way into the case, it leads a seasoned cop and an unorthodox investigator to question everything they believe in.

#4 – The Murders at White House Farm

An infamous true crime story. Over thirty years ago, three generations of one family were murdered at their isolated farm. Initial evidence pointed the finger at the daughter of the family who had a history of mental illness, however one detective refused to accept this and delved deeper into the investigation. His determination uncovered new evidence that shed suspicion on another family member. This is a dramatized true crime story based on extensive research, interviews and published accounts, looking at the mystery behind what happened that fateful day.

Starring Jude Law and Naomie Harris, this limited series is told in two parts, “Summer” and “Winter.” In “Summer” a man named Sam is drawn to the mysterious British island of Osea, while “Winter” follows single mother Helen as she comes to the island seeking answers.

The Roy family – Logan Roy and his four children – controls one of the biggest media and entertainment conglomerates in the world. Succession, which was nominated for five 2019 Emmy Awards including Outstanding Drama Series,tracks their lives as they contemplate what the future will hold for them when — or if — their aging father begins to step back from the company.

The Flight Attendant is a story of how an entire life can change in one night. A flight attendant (Kaley Cuoco) wakes up in the wrong hotel, in the wrong bed, with a dead man – and no idea what happened. The dark comedic thriller is based on the novel of the same name by New York Times bestselling author Chris Bohjalian.

A few others you shouldn’t skip… 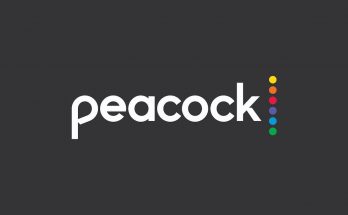